A Defense Attorney Who Won’t Rest
Schedule your consultation today 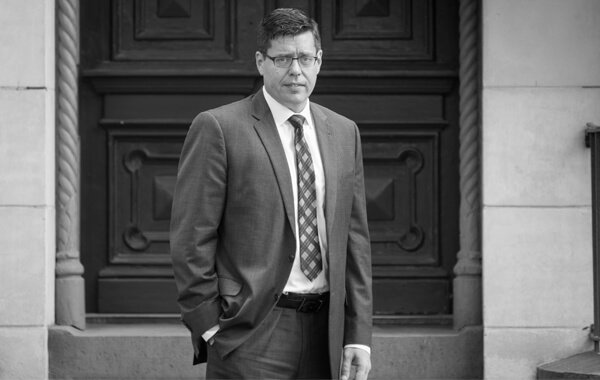 Before becoming a criminal defense attorney, Thomas J. Melanson had an extensive career as a prosecutor, trying everything from misdemeanor cases to high-stakes violent crimes. By the end of his first year as a new prosecutor, he’d built and tried over twenty-five jury trials and over one hundred bench trials and motions, and had faced the court of appeals numerous times.

Quickly training himself to overcome the stage fright that often cripples young attorneys, he progressed rapidly as an effective courtroom Assistant District Attorney, prosecuting serious criminal cases such as murder, rape, drug trafficking, child molestation, domestic violence, and vehicular homicide. Tom became so proficient with courtroom confidence and case presentation; he was eventually appointed to teach a courtroom training program to up-and-coming star prosecutors for the State of Georgia.

He’s about as well-rounded as you can expect in a criminal law professional. He’s worked on every part of a criminal case from the investigation to the prosecution and the appeal at local, state, and federal levels. And now he focuses on the defense.

Years of prosecuting those tough criminal cases made him a stellar legal professional, and he’s never been happier than since opening his own private practice, where he can manage his volume of cases, offer top-tier customer service, and focus exclusively on criminal defense.

He’s also a master investigator himself with incredible attention to detail and was offered a prestigious role with the Attorney General’s office handling the intricate and highly sensitive case-building and investigative components for prosecuting large-scale organized crime activity, presenting those prepared cases to a Grand Jury, and ultimately taking them to trial.

Tell me about your case
and request a meeting.